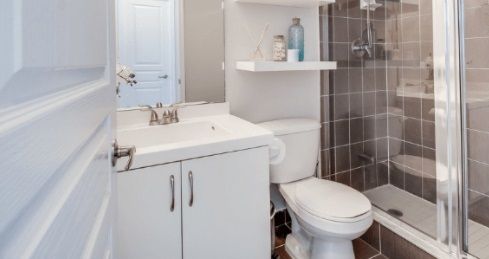 How To Check The Bathroom Leaks – Homeowner’s Guide

Normally, the initial sign of the plumbing leak in the bathroom will be the water stains over the ceiling of a room straight below. This is typically the sign that a leak had caused costly harm to hidden spaces and you should phone out the plumber when inspecting and repairing bathroom leaks.

Most of the plumbing leaks originated close by the plumbing fixtures like the shower enclosures, sinks, bathtubs, and toilets. Through taking the time in looking out for some revealing signs that the bathroom could have the leak, you should save yourself with a costly future repair bill and a headache.

The tiled floors may leak by the cracked tiles or issues with the grouting. Be sure to locate the reliable bathroom fitters for the expert tiling work and renovations, as problems with this space may cause major damage.

In the bathroom leak, the same also applies to the shower enclosure leaks. You can check all the seals and the areas for the gaps. It is hard to spot most of the leaks as the water disperses gradually.

Typically, the water can gradually leak so it is just difficult to detect it. The simplest means of testing for the leaking drain or the bath plug is by plugging a hole and filling a bathtub with a bit of water. Check back with an hour to witness when the water level had dropped. When it has, it will be the obvious sign of the leak – even though it would also be a seal of a plug stopper, and so you can check this too. It is even cheaper than ripping the bathtub only to locate that there is no damage below.

It’s the best idea to verify a seal around the shower and the showerhead from then on, as it is somewhere where the undetected bathroom leaks may lead to the more major plumbing problem. It will cause major harm when the water is continually leaking and coming in contact with the floor and surrounding wall. The shower leaks will soon become a costly plumbing repair because the extensive renovation work will also be required.

The Do’s and Don’ts for a Successful Bathroom Renovation

6 Tips to Refresh Your Bathroom During Isolation

How To Avoid The DIY Plumbing Disaster

The sink leaks may also take place at pipe joints plus in most cases the pipe themselves. It is always the best idea to check carefully at normal intervals.

The sinks drains will leak in the similar ways as the bath drains, so with similar type of checks must be carried out.

The damaged seals and the deteriorating silicone spaces around the faucets and taps will allow the water to seep by and damage the space below. With basins and sinks, it’s typically usually simpler to take the unrestricted view of closely what is going on beneath a sink, so pouring the excess water around a top of a tap area and then checking the space below is the simplest means to identify the leak here.

The escaped water will simply manifest behind walls and will drip down on the floor space and will cause damage. The moldy tiles are the warning signs that there can be gaps in the grouting or silicon. Usually tiles will fall off or come loose as an outcome.

Most of the leaks that originated from the toilet are the reason by the leak in between the waste pipe and the toilet. It means that each time that the toilet is flushed, the water leaks. Because the toilet is most likely used more often when compared to the shower damage to the floors may escalate quickly to turn into a costly plumbing repair job.