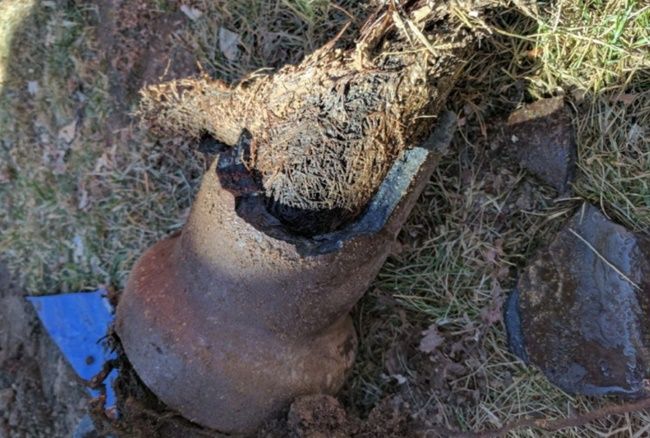 Tree Roots in the Drains

Tree root ingress had been possibly the largest cause of most blocked drains, sewer systems and pipes and sad to say, the root damage the drainage system will usually lead to even more than the overflowing grid or manhole. The tree roots will compromise the drainage and will cause expensive troubles which can only be fixed through drain relining, drain excavation and the pitch fiber repairs.

For this cause, most surveyors would suggest undertaking the pre-purchase CCTV of drain survey, where the drain specialist can inspect the drainage system and will highlight some few red flags, for example, the drainpipes that had been in close proximity with any trees, hedges and shrubs.

How do the tree roots catch into the drains?

The roots of the tree gain access into the drain system through the fractures, cracks, pipe joints, and through the benching and inspection chamber walls. The majority of a drainage system is being constructed from a collar and the spigot vitrified clay pipe jointed using the cement and the sand, these joints give little resistance to the fine tree roots that once it is inside, it develops into tap roots, then to root masses that will then decrease the inner bore of a pipe. More updated systems being installed using the rubber-sealed couplings had still been prone to root access.  The systems are usually not protected by the root barrier or being surrounded in concrete, although as the modern systems are believed to be flexible enclosing a joint in concrete had been generally scowl upon.

How to fix the root damaged drains?

There are a variety of methods that can be tried out to remove the roots from your drains. If these roots have accessed in the system through the joints, and there had been no major dislodgment to those joints, its system may be root slash and in lots of cases relined. When there had been major displacement into the joints or harsh fracturing then the excavation can be your only answer. On lots of domestic systems provided with the number of junctions and bends you get over the fairly short distances, it’s usually the blend of the two fix methods are required.

When you have the method that had severe ingress and with the major displacement of junctions, but you cannot dig it, the pipe bursting system may be used, presumed that there are no cross connections or sharp alterations in direction and also you may winch the line by the system.

Why are the tree roots entering the drains?

Condensation usually takes place on the outside wall of a drainpipe, or the moisture from the leaking drain joints attracting tree roots searching for the finest nutritious feed, although it is proper to say that the trees locate the drains simply because they are hearing the running water from within.

The disturbed ground like the trenches excavated for services, drains and house foundations create an easy travelling for the root system when compared with an adjacent virgin ground, and the similar is being applied for porous and granular sub-bases for the patios and driveways.

If the root damage system is being excavated even at 2-3 meters deep you may clearly see wherein the roots have pursued an original trench wall line, down into the drainage system. The, you can usually locate a large taproot operating the length of a drain with the smaller roots hat is branching off in each collar.