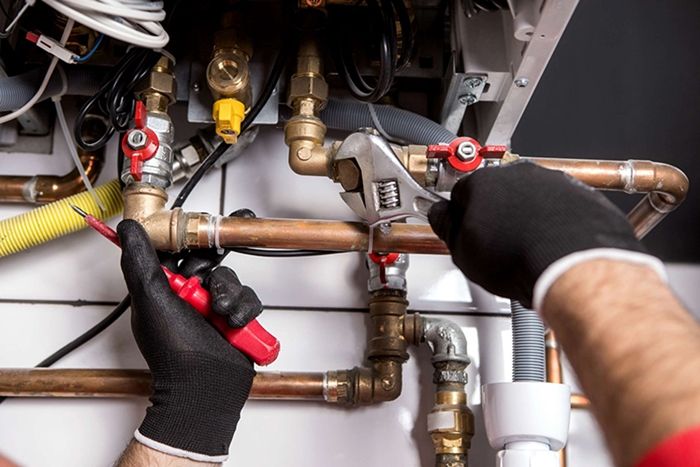 Boiler Kettling – What Is It And How You Can Stop it

When you think that something weird is occurring with the boiler or you had been hearing uncommon or strange sounds coming out of it, the cause could be what had been called as boiler kettling.

Do not worry if you have never heard this word before or are not sure what it really means, our team is here to explain this all to you.

The boiler that is making some noise like with the kettle, or either like with the mix of whistling, rumbling, bubbling, and popping usually heard while the appliances are working. It is happening when something inside the boiler is slowing down or intruding the flow of the process. The water inside the boiler must not get to a hundred degrees Celsius and should not boil, because if this will happen and the water is boiling, you will begin hearing the sounds.

How to Decrease Boiler Pressure That Are Too High

Most, if not totally all, the modern boilers have their built-in safeguards that are supposed to identify overheating and so switch off the system to become your preventative measure before it begins kettling.

When you have your old boiler that is making strange noises, you better switch it off. When it reached the kittling stage, it has the possibility to be hazardous, since theoretically, its high internal pressure would cause its internal pipe to burst, which will lead to steam emissions or electrical hazards.

Why is the Boiler Kettling?

There have been some causes why the boiler makes the kettling sounds. There are some that are just some that are simpler to fix when compared with the others, but whatever the cause maybe, you have to transact with it immediately. You must look for the trusted company for such emergencies like the boiler repairs in the best possible time.

Here are some of the reasons why boilers are kittling:

1. The leak in a boiler system – one of the most common problems that cause the boiler to make that whistling sound is that the central heating system is leaking. You need to look carefully and find out where your boiler leak is coming from, since it may be on any side of your system, even those hard-to-spot areas. Also, do not forget to examine the pipeworks and the radiators all throughout your house.

There are different causes for the boiler leak and the most common had been poorly installed pipeworks, corrosion that typically comes with over-pressurisation and older units and others.

2. The system is overheating – when there are zero leaks, the cause for the kettling sounds can be the overheating boiler. This could be due to wrong thermostat settings or overall, there is a malfunctioning thermostat. Whatever the cause will be, the water in the boiler is really hot enough to switch into steam, and that is what makes an odd sound.

3. Limescale and mud build-up – the build-up of limescale is the third ordinary reason for the boiler to make that weird sound. The build-up limescale and ‘sludge’ everywhere in the heating scheme is an issue that will cause various problems to your appliances and the pipework. And also, often that is the cause why the radiators have those cold spots.

The limescale increasing in the pipes close to your boiler will also make it construct gurgling sounds due to its blockage in the water flow.

4. A faulty thermostat – if you have an old system, maybe your boiler thermostat isn’t working in the right manner. After some time, it is usually the case that a thermostat or a diverter valve has been worn out, and with most cases, the specialist must change the damaged part. Bear in mind that when the boiler is old, it can be more cost-effective to purchase the new energy-saving boilers than spending that much money on expensive repairs.

When the boiler and the thermostat are not communicating, then, you have to get the appliance inspected by the Gas Safe Engineers. They will just adjust its settings or alter the entire regulator when needed.

5. Issues with the boiler pump – The main heat pump, usually located close by the boiler itself, can be damaged. This will work through pressurizing the water, then pumping it back into the system, and at times, the procedure does not go as initially planned. The faulty boiler pump cannot be pushed quickly the water enough from the heat exchanger that will cause it in making weird sounds.

9 Reasons Why Your Boiler is Not Warming Up