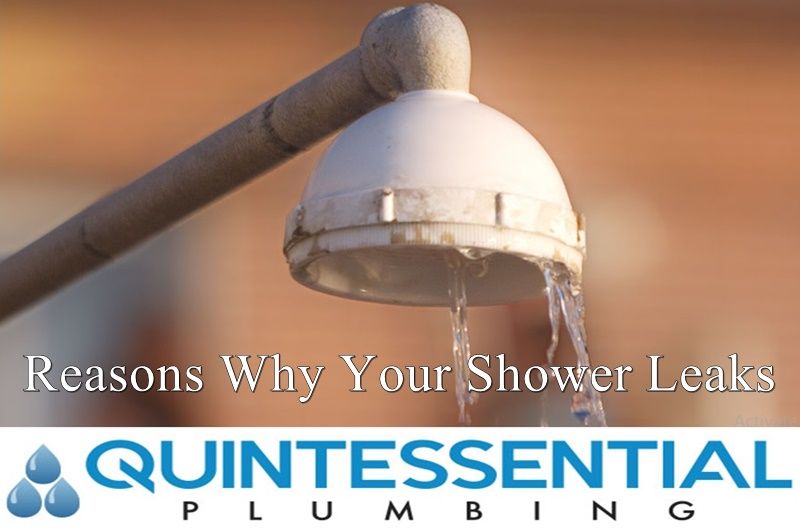 Reasons Why Your Shower Leaks

Your facts about shower leaks are probably very limited and there are some solutions to your problems that will require a certain amount degree of plumbing expertise. Please, do not try any repairs, unless you’re so confident about your plumbing skills. Here are the most common reasons why showers are leaking.

There are times that even the external waterproof turned out to become the culprit at the back of the leak. As the tile grout breaks, the water takes in between the tiles that will finally soak into its surface under or behind them.

If the shower heads are dripping, there could be two possible reasons that causing it to leak: there is a limescale increase or you have a defective rubber washer– the spherical rubber details that insulates the showerhead.

More often than not, a shower mixer tap is leaking because the rubber seal is worn out. You may find it in between the spout of a mixer and the neck, and for you to fix the leak you have to change the broken seal ring.

How to Rescue the Lost Drain Rod from the Drain

If you’re dealing with the dripping shower drain, you may not notice until a drip reaches the ceiling beneath the bathroom. The causes might be many; however, the most common is the weak drain connections.

The pressure in your water supply pipes permits you to have the smoothest water flow at any time that you turn on the faucet. But, when the pipes are not being installed correctly or it is damaged, the pressure is making the leak.

Your shower hoses are being exposed to the usual wear and tear. For that, there is a change for you to change them once in a while.

When you have tried shifting the rubber seal and it still didn’t help, and so, the problem might be a shower valve. It is a piece of the shower, which sits behind a shower faucet and leads the cold and hot water to your showerhead. Eventually, it became spoiled and clogs up through the water residue.

The shower trays are typically water-resistant, but, when it is exposed to any progress, they might be allowing the water to pass the surfaces below. Your unfixed floorboards will cause the movements beneath the tray. Another reason could be the badly installed tray which moves when there are any pressures being applied.

If the shower keeps on leaking, here is what you can do!

There are times that our desires to make the repair is being limited by the skills we have, and no matter how rigid we want to deal with the given situation, and that is just okay. There is really nothing wrong with that, you can always look or ask for some help because the professional plumbers are always more than happy that they can be of help to anyone. Spare yourself with any trouble, and call the experts to fix the problem with your leaking shower.